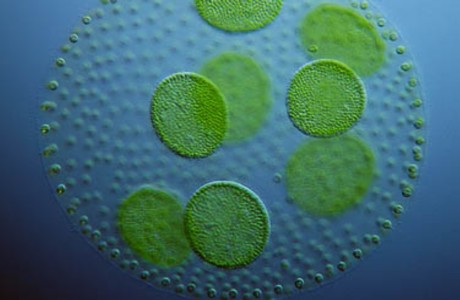 Various forms of life on earth are united by one particular need, this being the need for energy. For many creatures, this is done through a wonderful biological process, one of my favourites in fact. This is eating…

On land we can look at a basic example of a food chain, which shows how energy is passed around in a system, or broadly speaking shows ‘what eats what’. So fox eats rabbit, rabbit eats grass and grass gets energy from sun. Now if you remember an earlier blog post about the Arctic, I mentioned that in the Antarctic there aren’t many plants, so most animals like the penguins get their food from the sea. Here the food chain, roughly speaking, might go penguin, big fish, little fish, and phytoplankton. What is phytoplankton? Badass, that is what it is, and you owe it your life! Let me tell you why:

Phytoplankton are tiny little cells, much of the time too small for us to see with the naked eye, and they float about in the ocean. Here they turn the suns light into energy, just like plants do on land, and as mentioned before, they are food. This can be for little fishes and zooplankton (tiny water animals), but they can also be food for jellyfish, or even whales. As phytoplankton are at the bottom of the ocean’s food chain, this means that much of marine life only survives because of these little blobs making sunlight into energy. Keeping the ocean filled with cool creatures is only one reason why phytoplankton are great though.

So what else makes them great?

Like plants, phytoplankton take in carbon dioxide and release oxygen when they are doing their sun to energy conversion magic. Don’t be fooled by their tiny size though. There are billions of billions of billions of these creatures, which means that all together phytoplankton are actually responsible for producing half of the world’s oxygen. Half. Like the same amount as all the plants in jungles and forests and back gardens on land put together. It’s loads! So us land folk also have to thank them for supplying the air we need to breathe. That’s reason 2 why they’re great.

Finally, throughout their lives phytoplankton store carbon. When they die, or are eaten and pooped out, they sink to the bottom of the ocean and so store this carbon on the sea bed. This prevents it from going into the atmosphere, and because excess carbon in the atmosphere being one of the drivers of climate change, this means they are saving us in a third way. Thanks guys!

The number of phytoplankton that can survive is limited by the amount of iron, nitrogen and phosphorus they can get. These nutrients are often on the sea bed, but if the sea bed is so deep that light no longer reaches it, the phytoplankton can’t go there. Hurricanes, which churn up the ocean floor, release these nutrients into to water allowing the plankton to get it and so to grow faster. Whales, which dive down deep into the water to feed, also bring up nutrients with them when they return to the surface by pooing them out, which also helps the plankton. Some people now are even talking about fertilising the oceans with iron to make more phytoplankton survive.

Though they are helping combat climate change, phytoplankton are also still affected by it. Warmer waters can start to create bands of different water densities in the ocean. When these bands exist there is less movement of nutrients up and down between them, and so phytoplankton end up growing more slowly because they aren’t getting enough of them. This is why phytoplankton are most productive in the far north and far south where waters are cooler.

As average global temperatures rise however, plankton in the warmest ocean areas will become less and less productive. To cope with this they may move to cooler waters, but this means all the fish that rely on them for food will also have to move, which could leave warmer parts of the ocean looking a little empty. This in turn could affect a lot of people who rely on fishing, and could cause land creature like sea birds who eat the fish to leave as well.

Now, before we all rush out to throw iron and ice cubes into the water to save our plankton buddies, it is important to point out that not all plankton is ‘good’. Algae is one type of phytoplankton. Ever heard of blue green algae? There are usually a few reports about it in the news each year, when an unsuspecting dog or child wades into some water where it is, and they get ill. Blue green algae is toxic, as are some other types of algae, and the worst kinds can kill a dog within 15 minutes. So if you see a very algae-full body of water please keep yourself, children and pets well away.

Even non-toxic algae can be a problem though. When algae spreads really quickly, growing in huge numbers, this is called an algal bloom. When there is so much algae in one an area, parts of it that aren’t getting enough sunlight die, and when they are decomposing, the bacteria that break them down can use up all the oxygen in the water. This can then cause fish and other life in the water to suffocate, and this grim phenomenon is known as eutrophication. A famous example of this is Lake Erie in the U.S. For a long time fertilisers, animal and even human waste has been flowing into this lake from the surrounding land, giving the phytoplankton all the nutrients they need to explode in number. In Lake Erie the algae there also happens to be the blue green algae, so parts of the lake are a toxic soup, and are periodically labelled ‘dead zones’.

Whilst algal blooms do sometimes just happen naturally, carefully planning of what kinds of fertilizers are added to the land and how much, and controlling the processing of human and animal waste can help to prevent as many of them happening. This is why the ‘let’s throw iron into the oceans’ idea has to be carefully thought out too to save it seriously backfiring. However, most of the time phytoplankton are great. They are essential for life in the oceans, pretty important for life on land too, and they do all this with minimal appreciation! So here’s to you little blobs. Cheers!

Food chains in the ocean

Whales moving nutrients around the ocean

One thought on “5: Phytoplankton- the lungs of the ocean”